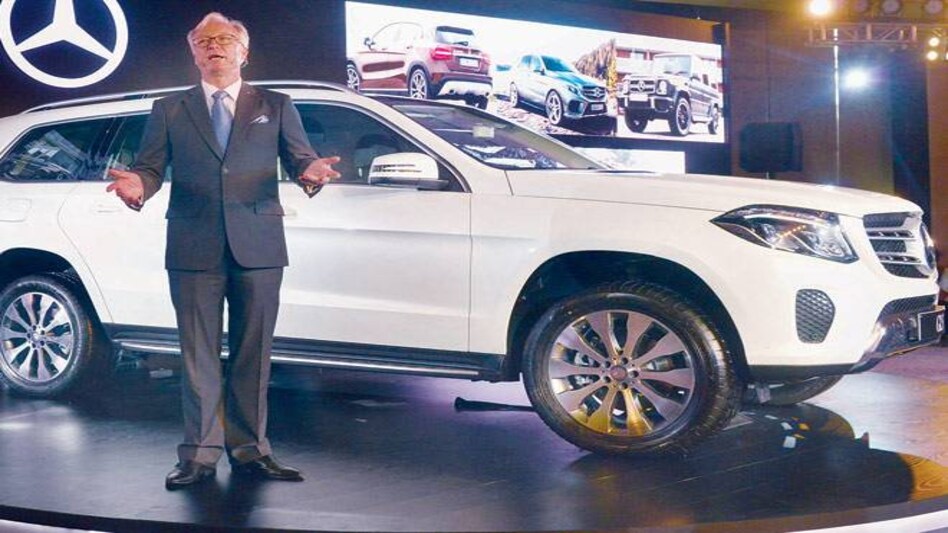 Mercedes Diesel Vehicles Alleged to Have 500% More Emissions Than Advertised

Six years after the Dieselgate scandal first erupted, German car manufacturer Mercedes-Benz was implicated once again in another scam.

In November 2021, a non-profit environmental group in Germany known as DUH or Deutsche Umwelthilfe e.V. tested Mercedes vehicles by gathering engine data and measuring emissions levels. The organisation performed the testing on the Mercedes wagon E350 BlueTec 4MATIC 2016 model. DUH found a significant difference between nitrogen emissions levels during testing and the numbers when the wagon was driven on the road.

Their conclusion specified an increase of around 500% in nitrogen emissions, bringing the numbers over the limits set by the European Union and the World Health Organization. DUH alleged that Mercedes used multiple defeat devices, which explains why the vehicle released emissions that exceeded NOx (nitrogen oxides) levels in real-world driving conditions.

DUH Executive Director, Jürgen Resch, described the vehicles as unclean. Their excess levels of NOx fill the towns and cities they go to or pass through with toxic air. Resch also disclosed that they already called the attention of Mercedes-Benz’s parent company Daimler several months earlier. The two parties faced each other in court and the car manufacturer promised to correct the situation and institute changes to make this happen. However, the DUH has not seen any such improvement from Daimler and Mercedes-Benz. The only way to address the problem was the recall of the vehicles installed with defeat devices.

Despite the recent turn of events and after paying off millions in fines and compensation, Daimler continues to deny all the allegations against them. Mercedes-Benz representatives even said that they did not consider the outlined calibrations in their 2016 E350 BlueTec 4MATIC wagon as cheat devices. They refer to it as a “highly complex emission control system”.

The DUH allegations against Daimler and Mercedes-Benz concerns the use of at least eight cheat devices on its E-Class vehicles with Euro 6-compliant BlueTec engines. In the report, all the defeat devices that Mercedes allegedly installed in their vehicle were identified.

Six of the defeat devices were for the SCR system and intended to bring down the volume of AdBlue cleaning fluid. The two other pieces of cheat equipment were used for the exhaust gas recirculation system. (AdBlue is a liquid mixture utilised for the reduction of diesel engines’ NOx emissions.)

However, after DUH announced their report and findings, the BGH or German Federal Court of Justice came out with a statement that confirmed they have already checked the said illegal devices and were classified as “not inadmissible”.

Although the DUH tests and allegations related to only one model, they were also applicable to all other Mercedes-Benz models that were installed with the same illegal defeat device.

DUH’s Resch believes that Mercedes committed the illegal act to increase their profit at the expense of human health and the environment.

The scandal that started this scam happened in 2015. German car manufacturer Volkswagen (VW) was found to have allegedly installed cheat software into over a half a million of their diesel cars sold in the United States. The United States Environmental Protection Agency called the attention of the car manufacturer and the case eventually led to several class action lawsuits, fines, and vehicles recalls.

Defeat devices are designed to detect when a vehicle is being tested so they can automatically manipulate emissions levels. The devices bring down the levels to within or even lower than the legal limits set by the WHO. However, once the vehicle was out of the lab and driven in real-world driving conditions, the vehicle reverts to its usual emission levels and releases NOx or nitrogen oxides that exceed the safe and legal limits.

Eventually, other car manufacturers were implicated in the scandal, including Mercedes-Benz and other brands under the VW Group, such as Porsche and Audi.

The Dieselgate scandal eventually made its way to Europe and the UK. Other countries have also had to deal with the repercussions of the scandal.

Car owners affected by the scandal are able to receive emission compensation claim from their manufacturers. The claim is a payment for the lies that their manufacturers and sellers told them. Affected Mercedes vehicles were marketed and sold as being safe and environmentally friendly. In reality, car owners were spreading dangerous NOx emissions through their vehicles. This is why filing a Mercedes diesel compensation claim is vital.

Filing the claim and getting professional help

From 2015 until today, many car owners are still unsure about how they can claim their compensation from erring manufacturers. A typical question would be “how do I file my diesel claim?” The legal process may sound intimidating, but it isn’t. As long as you’ve verified that your vehicle is affected, you are on the right path.

It can be tiring and time-consuming, though, so you’ll want to partner with a panel of emissions solicitors. They’re trained and committed to helping car owners like you. They’re professional and highly experienced, and they’re regulated as well. The panel of emissions claims solicitors at ClaimExperts.co.uk have brought forward emissions claims before, so working with them is the best decision you’ll ever make. Visit their website and get in touch with them right away so your diesel Mercedes claim can move forward.

How to choose a UK freight forwarder?

Exactly What Does an Automotive Service Manager Do?

Which used car should I buy?

How to choose a UK freight forwarder?